Zhongshan Powder Fruit is one of the traditional places in Zhongshan, Guangdong Province. It has a long history, including Jinlu. In addition, there are also angles, leaves, red dates and so on. The powdered fruit is mixed with chopped noodles, raw flour, water, lard, and salt. The pork is served with pork, lean meat, mushrooms, bamboo shoots, and fresh shrimps with soy sauce, white sugar, flavored flour, and oyster sauce. It has been carefully packaged. It is characterized by a fragrant, crisp and fresh meat. The packaging of the powdered fruit is required to be full and unreal, resembling a nucleus, with a sound, and the filling should be fine. Due to the fine production and unique flavor, it is very popular among gourmets.

There is an old story about the origin of the name Pink Fruit. It is said that there is a Tota King on the list of gods, named Li Jing, the father of Jin Yu, Mu Mu, and Lu. Both father and son have magical and unique weapons. Speaking of the gold singer is a weapon with two pointed ends, a middle ellipse and a strange shape. Therefore, using rice noodles to imitate the shape of their weapons and knead them into powder, they are named after the "Golden Dragonfly". Later, it was accompanied by meat and gradually improved to become the food of today. 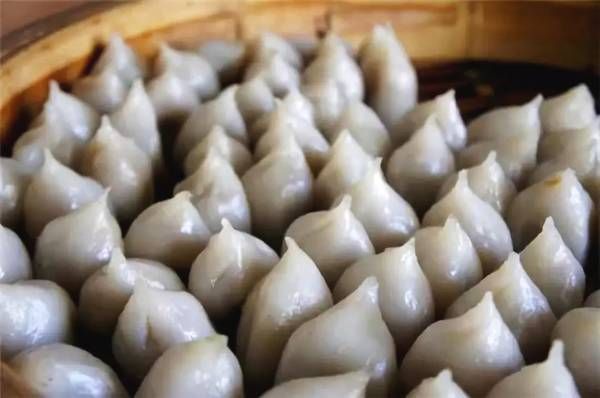