Huangpu Preserved meat is one of the geographical indication products of Guangdong and is produced in Huangpu Town, Zhongshan City, Guangdong Province. There are more than 60 kinds of varieties of Huangpu Preserved meat. It is famous for its fine selection, fine craftsmanship, unique color and fragrance. It is famous for its wide-style bacon. It is sold to the mainland, Hong Kong, Macao and Taiwan and Southeast Asia, the United States, Canada, Europe, Australia. Waiting for the place. Has become a business card in Huangpu Town. In September 2006, the General Administration of Quality Supervision, Inspection and Quarantine approved the implementation of the protection of geographical indication products for Huangpu Preserved meat.

Huangpu Preserved meat was first created by the local people Wang Liansheng (known as Mr. Lao Hong). Wang Liansheng was born in the 16th year of Daoguang (1836). He cut the porridge left in the porridge and cut it into granules. After filling the porridge powder casing, he tied it with grass ropes and hang it in the roasting pig oven. drying. The sausages processed in the same way were widely welcomed by the diners, and the production of Cantonese sausages began. Later, Wang Liansheng passed the traditional handicrafts of Huangqi Lawei to his son Wang Yanming, and then Wang Yanming passed it to his son Wang Jinquan, and Wang Jinquan passed it to his son Wang Huicai, and then Wang Huicai passed it to Wang Zizhang, Wang Xianzhang will be Huang. The traditional craftsmanship of glutinous rice flavor was carried forward, and a large-scale bacon production enterprise was established to produce traditional bacon.

In Huangpu, there are also a group of inheritors who have inherited the traditional handicrafts of Huangqi Lawei and played an important role in promoting the development of Cantonese-style bacon. Among them, Wang Tian (now dead), born in 1897, worked as a master in the famous Lawei traders such as "Guangan" and "Dongchang" in Guangzhou. Wang Deming, Wang She, Wang Gongwang, Liu Jiu, Liu Dun, Li Dunchao, Li Binglian, Li Yuancai, He Shiyou, Li Long, Wang Jewelry, Huang Junhong, Wang Dazhao, etc. are all in Guangzhou, the predecessor of Emperor Huang, Dongchang, Eight hundred years, the only (Golden Kirin predecessor), Xinfeng, Jiazhan, Qiaoran, Youran, Wang Ganran, Asia, the United States, Wang Qixin, and Huang Yiyongji, the boss or master of Yuanzhan Laweipu. It is particularly worth mentioning that Guangzhou's famous lawei brand "Emperor Emperor", whose master is Huang Yiren, even the brand name is also from Huang Yanling Huifang people. 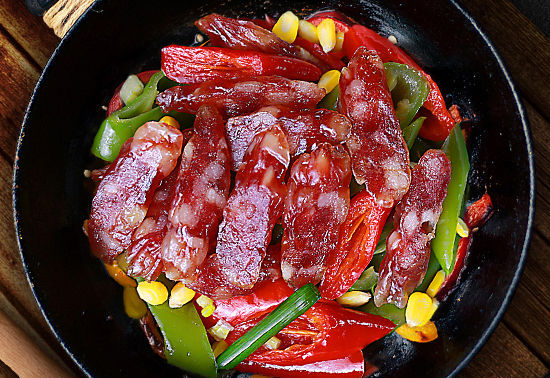